CCC is delighted to assist in promoting the launch of a major cricket film that reflects on a significant period in English cricket and the developments around our national team.

We are excited to share with you the official trailer for The Edge (www.theedgefilm.com) released today!

Below are links where you can watch the trailer to the exciting new documentary from Noah Media Group, makers of Bobby Robson: More Than A Manager, about the spectacular rise and fall of the England cricket team from 2009 – 2013, coming out later this year on 22ndJuly. 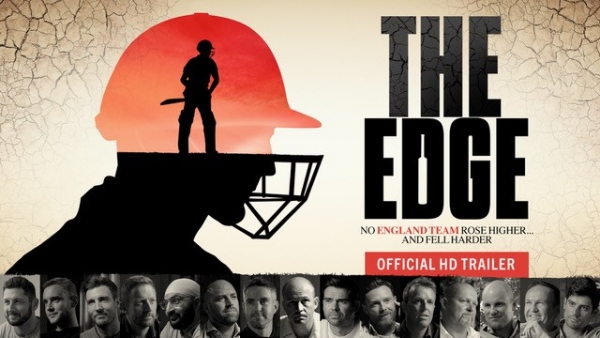 “It’s like being in the dressing room, stunning” - George Dobell, ESPNcricinfo

The Edge is a documentary charting the England cricket team’s rise to number one in the world rankings, a feat that saw them take down the best teams in the world from 2009 - 2013, including Australia in the 2010/11 Ashes series Down Under. The film will feature interviews with some of the biggest names in English cricket history, including Andrew Strauss, Sir Alastair Cook, Kevin Pietersen, Andy Flower, James Anderson, Graeme Swann, Stuart Broad and Jonathan Trott.

The Edge is a compelling, funny and emotional insight into a band of brothers’ rise to the top, their unmatched achievements and the huge toll it would take. One of the toughest sports on the planet, and psychologically perhaps the most challenging, this is Test cricket like you’ve never seen it before. The film explores the ruthless intensity of the game, the impact it can have on players’ mental health and the extreme price of success.

The Edge is proud to support Heads Together, a mental health initiative spearheaded by The Royal Foundation of The Duke and Duchess of Cambridge and The Duke and Duchess of Sussex, which aims to change the national conversation on mental health, through tackling stigma and developing new programmes and tools to help areas of specific need. 10% of the Producers’ Net Profits from The Edge will be paid to The Royal Foundation (registered charity no. 1132048) to support the charity's work, including its Heads Together mental health work. We are expecting to raise a minimum of £30,000 for the charity.

The Edge will be released in cinemas and across all UK platforms on July 22n at the peak of a summer that will see cricket dominating the sporting agenda, with the ICC Cricket World Cup 2019 and The Ashes both taking place in England. Ahead of its release the film will also receive three special screenings in honour of the cricketing giants at Picturehouse Central, London (17thJuly), the iconic Long Room at Lords Cricket Ground (20thJuly) and finishing with an exclusive stadium preview screening at Trent Bridge, Nottingham (21st July). Tickets for the screenings go on sale at the end of the month.

You can also pre-order the film on Amazon (https://amzn.to/2LSxQIq) and iTunes (https://apple.co/2HyBwcQ) now ahead of the film’s release on the 22nd of July.

Thank you for your support